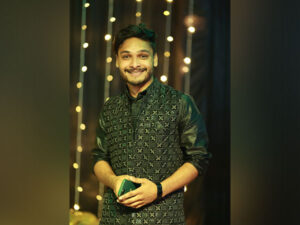 Anmol Jain, was an Indian cricketer who played many matches for India as well as worked with a company in DB Mall till now but unfortunately, he died in a car accident at the age of 25. He was undergoing treatment at Narmada Hospital, Bhopal as Doctors declared Anmol Jain brain dead. The news of his death was like a rock under the feet of his family members, but facing everything, Anmol’s father Mr. Abhishek Jain took a bold decision to donate his organ and save lives. He was Shifted To Siddhanta Hospital for further Procedure.

On Monday doctors set three green corridors in the city for the timely transfer of the organs from the Siddhanta Hospital. One is Chirayu Hospital, Bhopal, and one corridor to Indore. The first corridor was formed to Bhopal airport in the morning to send Anmol’s heart to Ahmedabad. The second corridor was formed to transfer Anmol’s Kidney to Chirayu Medical College and his eyes and skin to Hamidia Hospital (GMC Medical College).

“It was Anmol’s desire that his organs should be donated. When he was alive he had helping nature and helped a number of needy people. And he dreamed that he will continue to help people even after his death by donating his organs. We are proud that people get a new life because of our Anmol”. Said Anmol’s elder brother Aditya Jain.