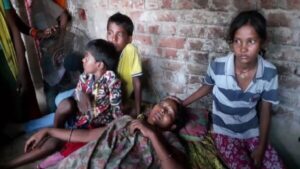 An official stated on Saturday that the Bihar Police has organised three special squads to apprehend the owner of an unauthorised nursing home and a doctor for reportedly removing both kidneys of a woman in Muzaffarpur district.

Sunita Devi, the victim, was at the nursing home to hysterectomy surgery (get her uterus surgically removed) on 3 September but allegedly her both kidneys were removed in the operation without any approval.

Sunita, a mother of three, has been receiving dialysis at the Indira Gandhi Institute of Medical Sciences (IGIMS) in Patna since 15 September.

Saroj Kumar, the inspector in charge of Sakra police station said, “Following the uterus-removal surgery, she continued to suffer from stomach pain. She finally went to the Sri Krishna Medical College and Hospital (SKMCH) on September 7. After conducting tests, doctors at SKMCH told her family that both of her kidneys have been removed.”

He added that, “Three special teams have been formed to nab the accused — Pawan Kumar, the owner of Shubhkant Clinic, and RK Singh, who is suspected to be a quack.”

Doctor Om Kumar, the head of Nephrology and Kidney Transplant Department at IGIMS while speaking on victim’s condition told PTI, “She is on regular dialysis and her condition is still critical. She will have to undergo a kidney transplant when her situation improves. Her vitals are being closely monitored.”

Doctor Rajesh Tiwary, the head of Urology at IGIMS, however, said that more tests are needed to confirm whether both her kidneys have been removed.

IGIMS principal Dr. Ranjit Guha stated that the state government has assured Sunita’s family that it would cover the cost of her medical care.