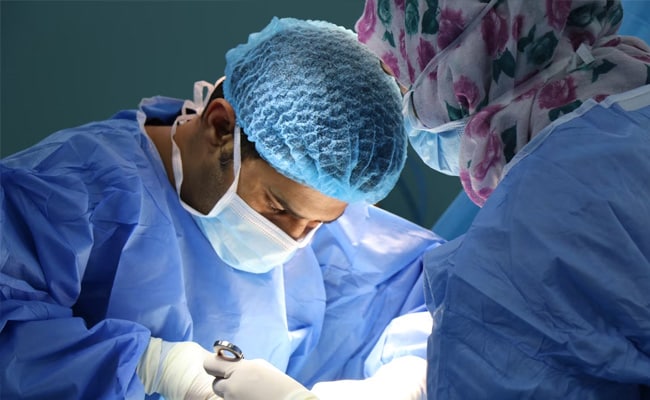 The successful en-bloc kidney transplant was led by a team of surgeons at AIIMS. (Representational)

A 5-year-old boy underwent a successful en-bloc kidney transplant at the AIIMS recently, making him the youngest patient to have undergone this procedure in India.

En-bloc kidney transplantation occurs when two kidneys from the same small pediatric donor, along with the vena cava and aorta, are transplanted into a single recipient.

In this case, the en-bloc kidneys were harvested from a brain dead donor weighing less than 20 kgs. If the donor is an adult, only one kidney is taken, according to doctors.

The donor in this case was a 16-month-old baby who was declared brain dead at the All India Institute of Medical Sciences (AIIMS) here on August 24 and had donated his organs.

“The recipient child, a native of Sonipat in Haryana, had been suffering from chronic kidney failure for a long duration and was on haemodialysis. He immediately required a kidney transplant surgery for his survival,” Dr Manjunath Maruti Pol, Additional Professor, Department of Surgery, AIIMS told PTI.

The child was admitted on August 24 and underwent dialysis in the evening the same day.

A cross match of two potential recipients waiting for kidney transplant was performed which had come out negative, and the same was informed to the National Organ and Tissue Transplant Organisation (NOTTO).

A team of surgeons led by him then carried out the transplantation.

During the procedure on August 25, aorta and inferior vena cava (IVC) of the donor were joined to the recipient’s aorta and IVC, respectively.

Thereafter, the two ureters of the donor kidneys were separately joined to the recipient urinary bladder.

The patient was kept in the isolation ward for seven days after which he was discharged.